I haven't thought about this series of commercials for years. That is, until Bob Jaques  made mention of them on his blog, and I'm flattered that he remembered them.
I animated them back in 1988 under unusual circumstances. For those who don't know, Zellers is a Canadian nation-wide clothing store chain. At that time, the Batman franchise was heating up and the first Batman live action feature was heading toward the theaters. I was asked to animate the commercials, but I did not live anywhere near the studio that was producing it, so we settled on my drawing at home and faxing the drawings in to the studio. Yes, I said faxing each and every one of my drawings.
Also, these drawings were all done on 8.5 x 11 inches photocopy paper...not the standard sized studio animation paper (10.5 x 12 inches 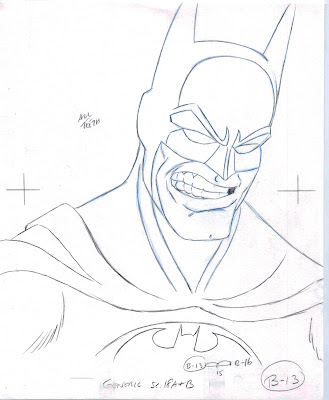 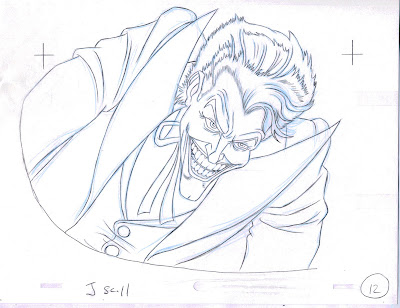 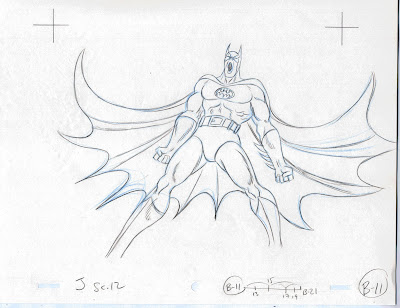 Fortunately, I bought the best fax available at the time, which sent out a very crisp and clean representation of my drawings through the telephone lines. The studio received the copy output on their end and repegged them using my cross-hairs I placed on each drawing for registration on that end. This is years before the internet as we know it today, so the sending process took hours. At the end of each day, I'd stack up my drawings on the fax machine's automatic feeder, push the button and let it go.
The series featured Batman & Robin dealing with four iconic villains: The Joker, Catwoman, The Penquin, and The Riddler; each in a separate commercial for broadcast rotation.
Anyway, shortly after reading Bob's blog post, I went on YouTube to look for some other movie clip and POW! BAM! there amongst some "suggested" clips was a mention of these commercials.
Now, I did receive video copies of them for my portfolio (months after finishing the job), but I had never seen them on broadcast TV. Also, I animated all this without benefit of pencil testing the drawings before faxing them. There was no time to fax the first pass roughs to the studio, have them repegged, shot in pencil test, then have a video cassette shipped to me to look at, etc, etc. Time was of the essence. So, I had the layouts and X-sheets with general timings on them. A cassette of the soundtrack had been sent over-night to me right at the beginning of the project. That's what I worked with. I'd rough out the poses, flip them, refine them to semi-rough stage, then send them by fax. The studio DID pencil test the drawings they received and we'd talk on the phone regarding what adjustments (if any) needed to be done to the timing, each of us referring to the filled-out X-sheets I'd faxed along with the scene drawings.
This is why X-sheets are so important! (see my previous blog post on X-sheets)
Since I have all the drawings I created for this series of commercials, I intend to do a thread using them. But that entails lots of scanning and then shooting pencil tests. For now, I'm including some artwork from the Joker commercial, along with the link to the finished clip on YouTube.


Note in this commercial how extreme the mouth positions are for the dialogue and the punch the timing has. The pacing of the animation is revved up on purpose -- the advertising agency wanted it that way. I intend to take some of the scenes with physical action and re-time the drawings to show how the animator's exposure of each drawing affects the animation. A drawing on 2 frames here, a drawing on 1 frame there, can make a subtle but real difference.