Every animator has his/her own way of creating their animation poses.

I normally make three passes at my animation drawings: Rough 1st pass (focusing on the essence of the pose), followed by a semi-clean up on a second sheet (tying down all the elements of the design). Finally, I clean that pose up on a third sheet, making a careful drawing. I cleanup my own drawings as I haven't had a clean-up assistant in the past ten years.


For fast actions, I rework the rough 1st pass drawing on a second sheet with blue pencil, making adjustments to the tilt of the head, thrust of shoulders, etc. Then, I buff down that semi-clean up and apply my final black line on that drawing.
The following are examples of how much I will adjust the thrust of the different parts of my character's body from 1st pass to that final phase on the second sheet. Note, I'm showing the final version of each pose as scanned in color for this posting. Normally, I would scan the final drawing to Photoshop in grey scale, setting my scanner to drop out the blue lines and just scan the black line. Then, I would adjust the Contrast and Brightness settings of the Photoshop file. 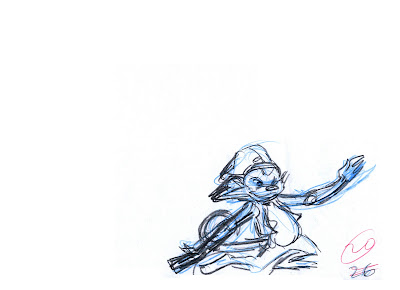 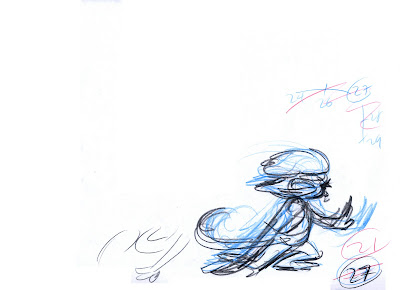 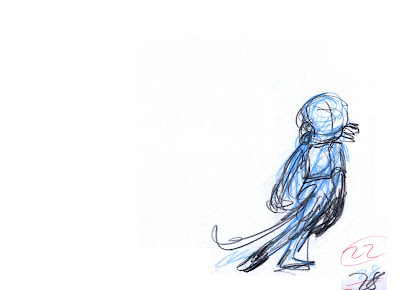 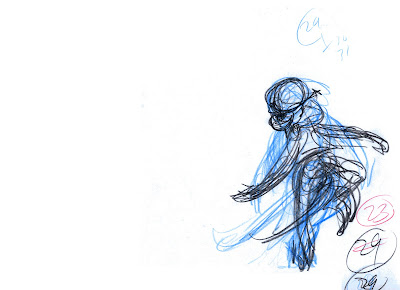 Now for those who prefer a more "realistic" style of character, the following are some of my semi-roughs I did for the series of Batman & Robin commercials about which I've previously posted. I'm planning on posting all the semi-rough drawings I did for this particular scene to give all those interested a chance to practice cleaning up an animator's drawings and finishing all the inbetweens. It is more difficult than it appears, as an assistant needs to be able to think like an animator and not lose the vitality of the drawings. This was the old school path to becoming an animator. Post a comment if this interests you. 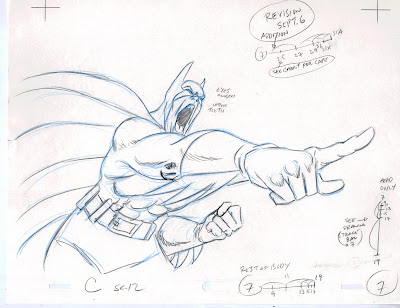 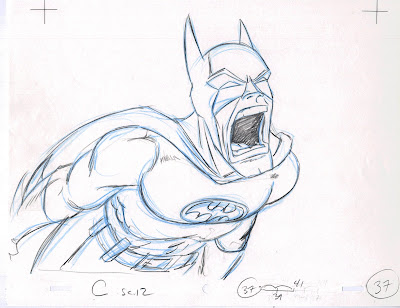 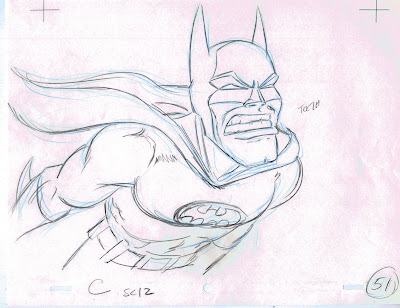 Posted by John Celestri at 4:57 AM

John Celestri
I have been an old school 2D animator for the past 40 years... and intend to continue being one for the next 40 years.

All images are copyrighted by their respective owners and are shown here for educational and inspirational purposes only.